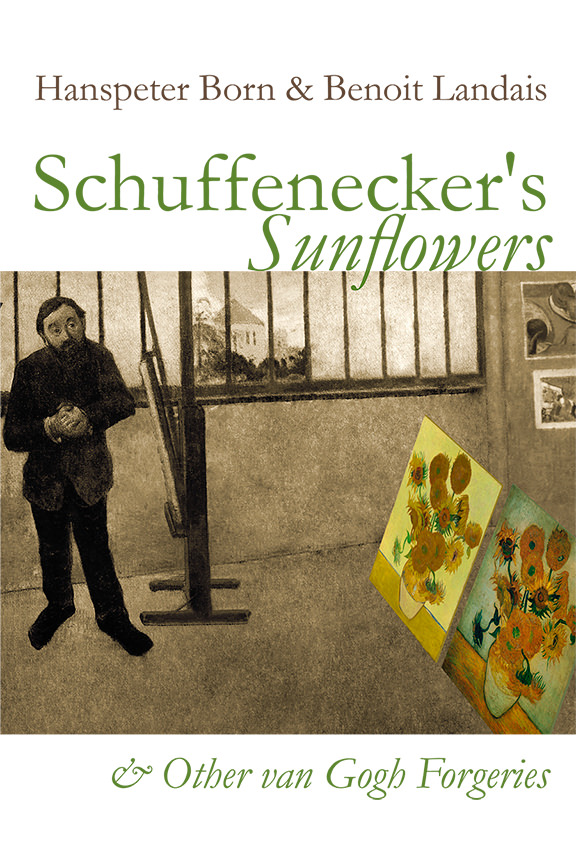 Schuffenecker? An artist hardly anyone has heard of. And yet he painted some of the most celebrated and expensive “van Goghs” ever sold. Most of his fakes are still considered genuine paintings by the great Vincent van Gogh. Such icons as the Sunflowers, sold by Christie’s for a world record price in 1987, the Arlèsienne in New York’s Met, and the much admired “self-portrait” showing the artist with bandaged ear and pipe are, in fact, the handiwork of Emile Schuffenecker (1851 – 1934). In Schuffenecker’s Sunflowers Benoit Landais and Hanspeter Born explain how a man of modest talent has managed to fool critics. dealers and collectors; and why, eighty years after his death, the art world still accepts his forgeries as van Goghs. The book tells how the fakes were made, how they were given false credentials and foisted on guileless buyers. It is the incredible story of a mousy little man who became one of the most successful art forgers of all times.